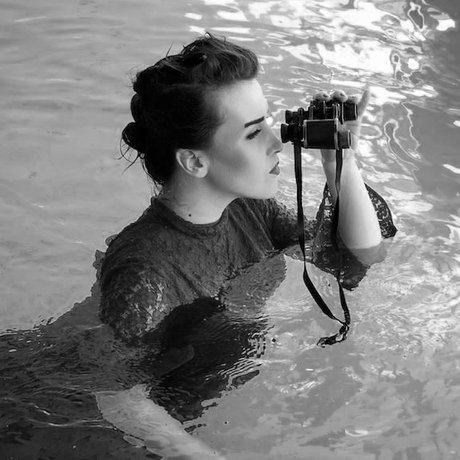 Workshop with playwright Gabrielė Labanauskaitė is going to take place on 4-8 of December!

Gabrielė Labanauskaitė is playwright, lecturer of creative writing workshops “From Silence”, lecturer of Lithuanian Academy of Music and Theatre. In University of Klaipėda she graduated Lithuanian and Finnish philology and in University of Vilnius he graduated global literature. She has studied and practiced in universities of Italy, Finland, Greece, United Kingdom and USA.

Her writing was first published in 1992 m., her literary critique since 2003. Plays by Gabrielė Labanauskaitė have participated in multiple national and international contests. They have been produced in Finland, Sweden and United Kingdom.

Refused the common poetry collection books style Gabrielė read and sang her poetry which was released as CD and DVD. Since 2004 there have been released four poetry albums, including “There is no Ocean” with her band “Avaspo”. Gabrielė collaborates with artists from various fields and fuses arts to conquer audiences not only with words but also with images. “The enemies project” is one of these initiatives of innovative, live poetry which Gabrielė has participated in. It has presented her as a splendid writer whose live performances are as powerful as her writing.

Gabrielė tends to discuss and writes about relevant, painful, inconvenient problems in society. Her tragicomedy “Red shoelaces” is about border line nationalism and her play “Žalgirės” analyses gender stereotypes.

The playwright is socially active and bold and bright personality. She is openly against stereotypes and discrimination “Sometimes it seems as if our society is sterilized by the cult of white young beautiful men and women. We lack active older people those who live in the borders of society who would express themselves. When I was visiting Shri Lanka in a bus I saw a sign on a seat which here is for disabled people, there it was written “for differently abled”. It was beautiful – instead of discriminating and naming the person disabled, it was very correctly written – “differently able”. In my opinion, we all are different and unique.”

Ms. Labanauskaitė is constantly experimenting in creative fields and in search of new forms and constantly challenges herself. In an interview with fellow writer Jurga Tumasonytė for “370“ magazine, she says: “I like to do things I don’t like or to find something favorite and refuse it. It allows to find new states of mind. I like experiments in playwriting the most. Let’s say, I hated monologues so I decided to write a play for one person to understand it. Sometimes sympathy and antipathy are related to our competence or lack of it. So I try to get closer, to know and realize if I really don’t like it or if I just lacked the knowledge to understand it.”